Telling the story of Resilience

Rape Victim Advocates works to support survivors of sexual assault. Since their founding in 1974, RVA’s scope of service has expanded to include the entire spectrum of sexual violence. This includes harassment, abuse, and prevention, with an additional focus on public education and advocacy. RVA needed a new name and brand that reflected this enhanced scope that was more in line with the current dialogue on issues of sexual violence.

The word “rape” is one of the most powerful words in the English language. Using it in the name posed challenges when presenting to grade school students, and donors who found it off putting. It was also triggering to survivors who engaged with case workers. In addition, the term “victim” is no longer considered appropriate, being replaced by “survivor” which connotes greater agency and autonomy. In effect, the organization had three words in their name, two of which were problematic. 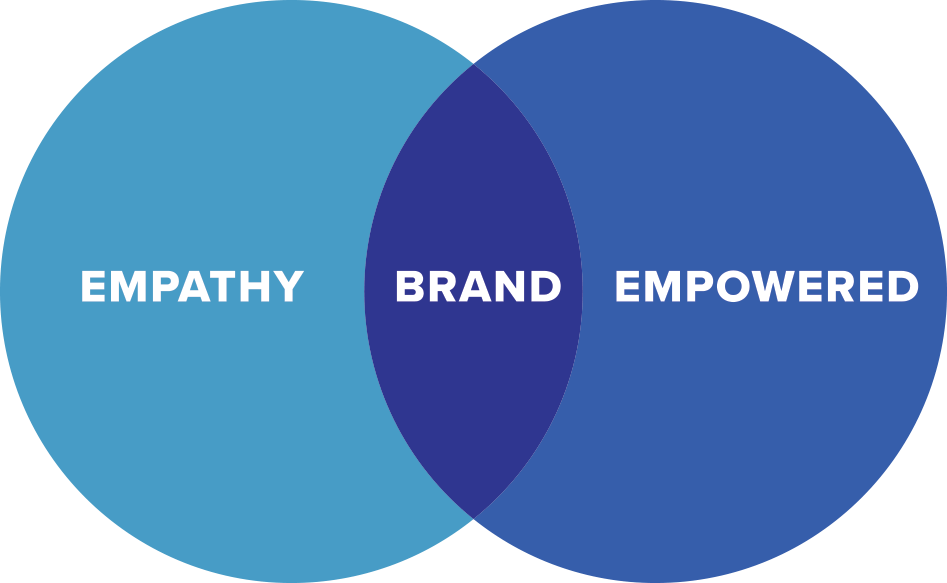 Substance developed the name Resilience for the new brand. Resilience conveys strength, resolve, and determination, qualities exhibited by both survivors and volunteers who work to support them. The symbol is representative of the process and ongoing journey of healing, from trauma and chaos to recovery.

The tagline “Empowering survivors, ending sexual violence” is a critical part of the brand language. It addresses the daily mission of Resilience with an eye toward the future goal of builidng a world where sexual violence has no place.

Results in the first year of the new brand

The results of the Resilience rebranding were tangible and immediate. Increased numbers in revenue, foundation grants, and volunteers were evident in the first year. In addition, case workers found survivors to be more comfortable engaging with them with the new name, as it did not invoke trauma and pain.

Substance was insightful and strategic in their thinking. But just as important, they were empathetic to how sensitive our area of work is. They were able to handle the nuances of inputs from board, staff, and our executive team to ensure our brand was positioned for long term success.