Changing the story about HIV/AIDS

AIDS Foundation of Chicago has been a leader in the fight against AIDS in Illinois for over 25 years. To create awareness and promote fundraising, AFC hired Substance to develop an online and print campaign targeting current and lapsed donors. We came up with the theme “Change the Story” to show how joining AFC in their fight against AIDS can affect measurable and powerful outcomes. The art direction leads readers to expect a sports or news story, but a statistic about HIV/AIDS provides a powerful and memorable twist to get them engaged. 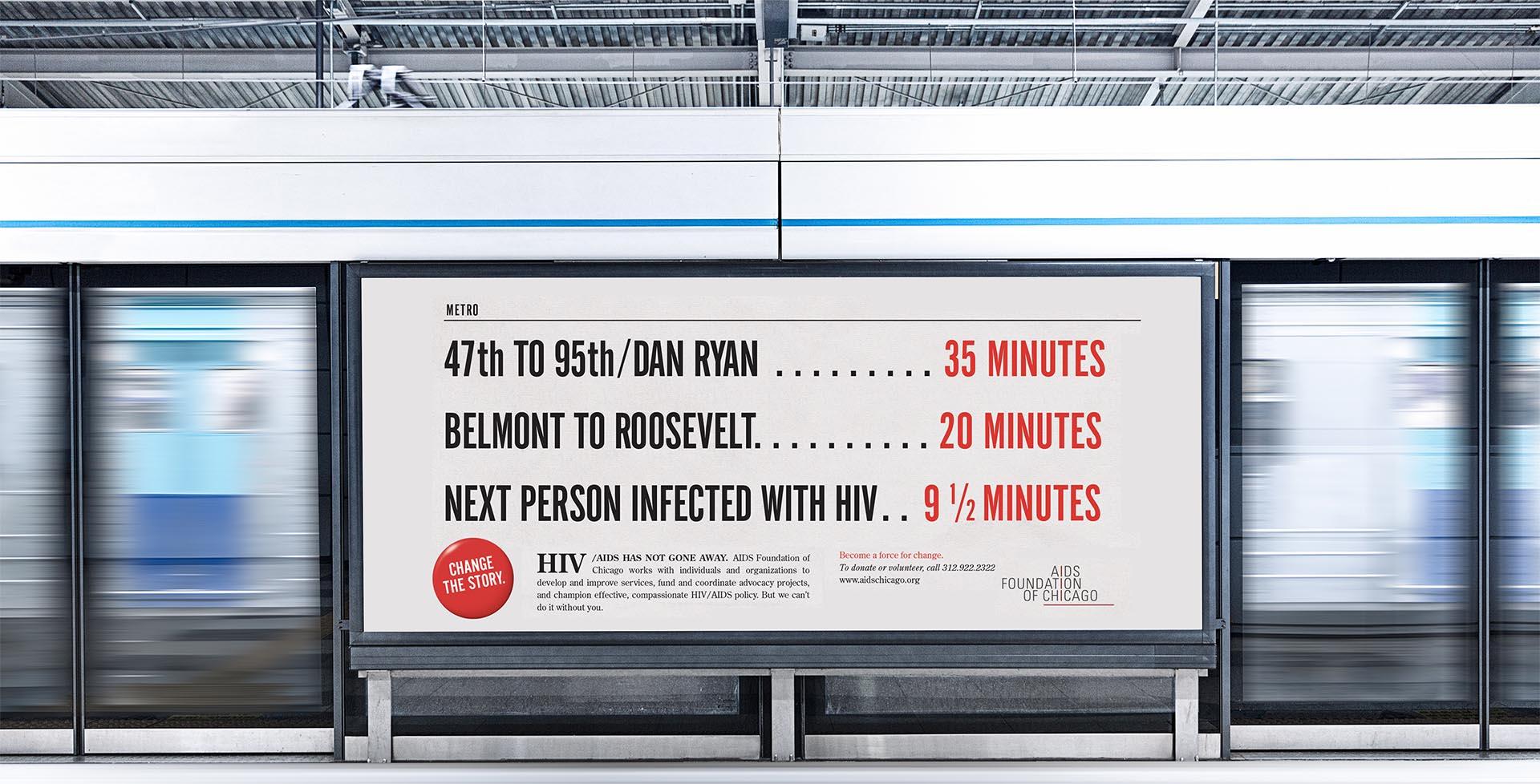 Our market research showed that there was a lack of urgency about HIV/AIDS in the Chicago area, a sense that it was no longer a problem. We confronted this attitude head on in the Change the Story campaign. Highlighting data points about transmission rates heightens the sense of urgency. The displays were placed in areas that thematically aligned with their respective imagery. The data ties the issue directly to the Chicago area, making it more palpable, and undeniably close to home. The campaign was so successful it became the basis for the 20th anniversary annual report for AFC. 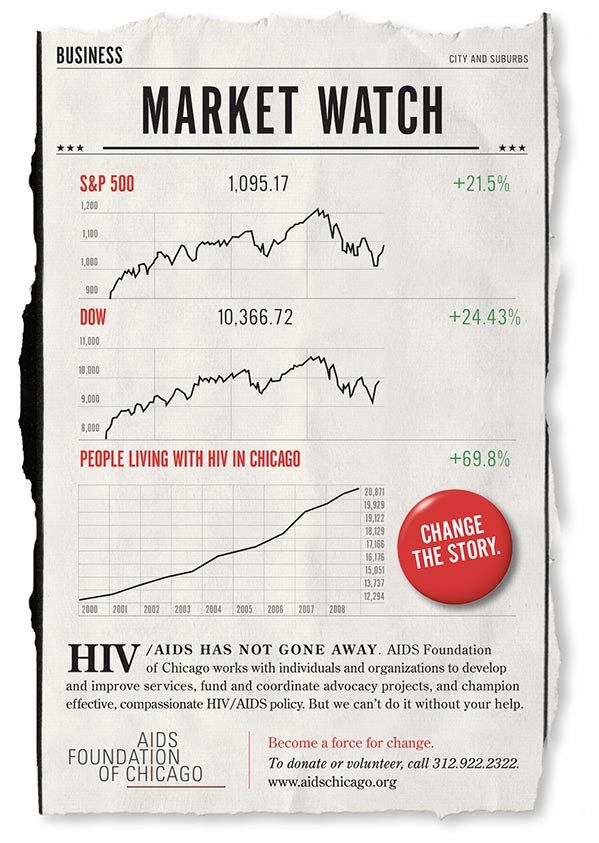 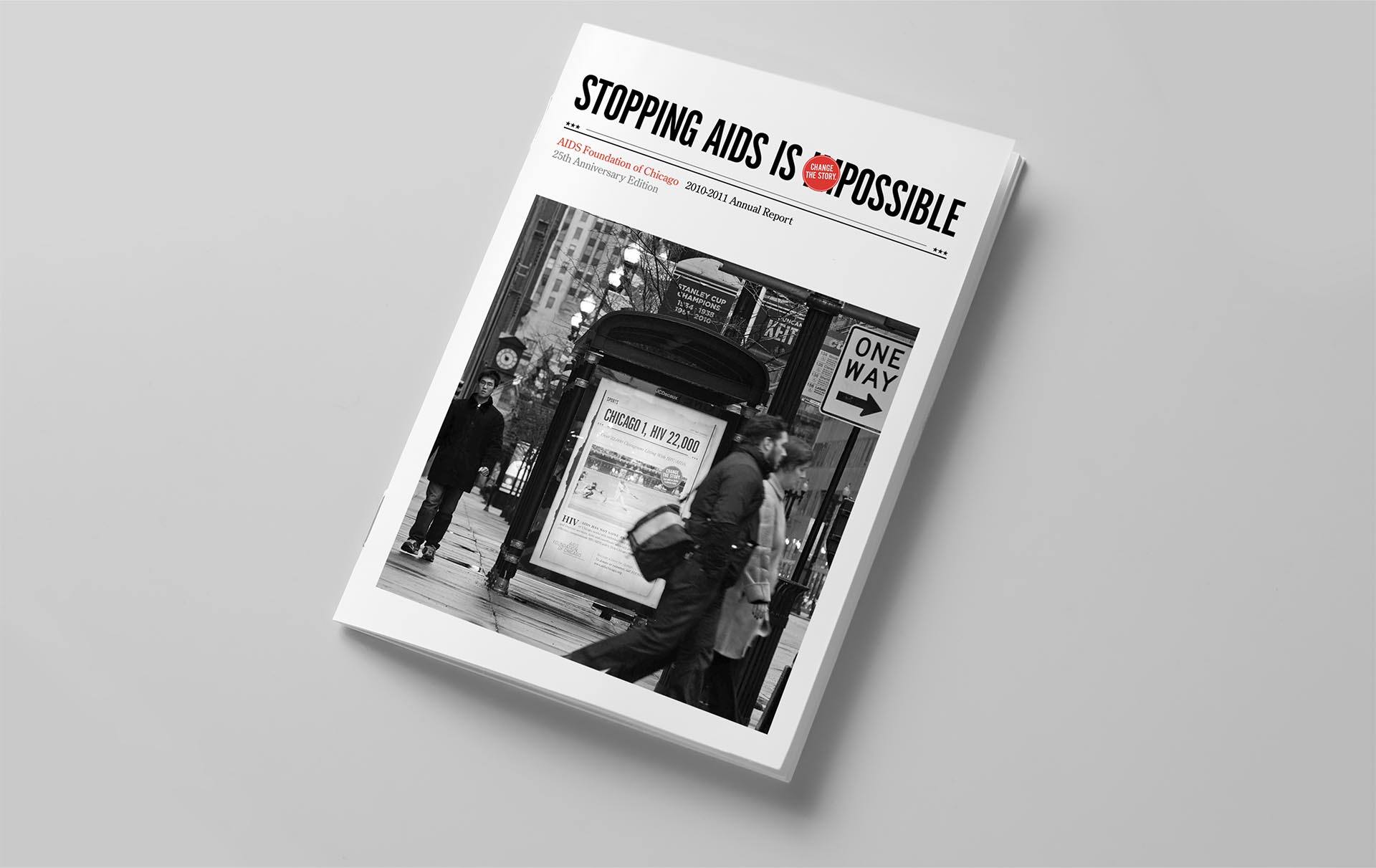 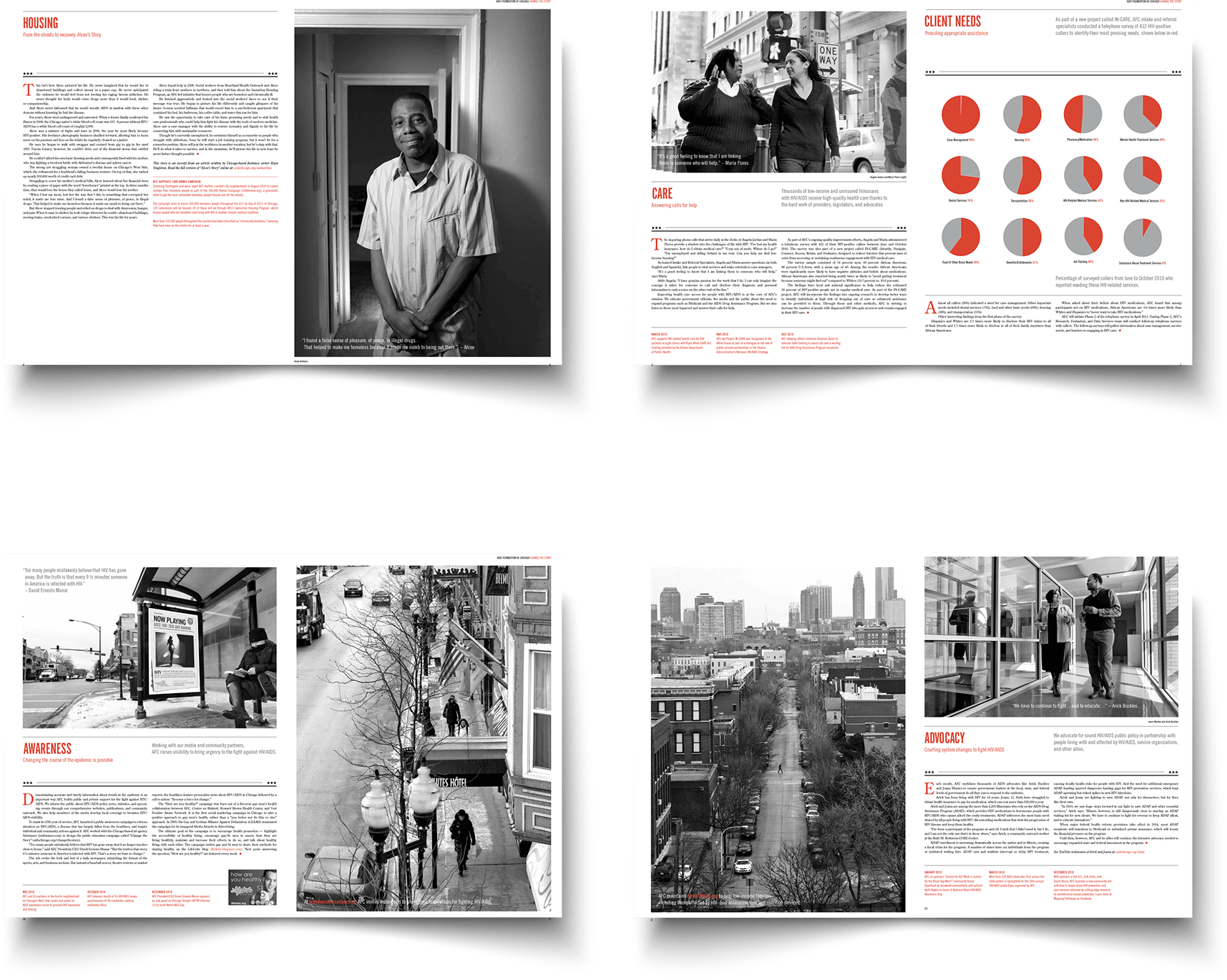 AFC has had the pleasure to work with Substance on multiple projects. Substance has always ensured an organized, collaborative, creative and supportive process, enhancing our visibility and outreach efforts to our community!